Here we go again, with spring birthing season. The birds are crazy these days. It seems like every kind of bird I’ve ever seen is in the yard now, and they’re all building nests, sitting on them, or fetching food for hatchlings. The noise and mess is everywhere, and you don’t see a bird flying without something in its mouth, either a stick or piece of grass or a bug or a mouse.

There’s these little darting birds that built the cutest nest in the rafters of the cabana. It’s way up about five times my height so I can’t see if there are eggs or baby birds in there. This nest is the best ever! It’s built out of sticks and dirt and spit like most nests, but then the outside is carpeted! They get green moss and put it all over the outside of the nest. It makes a great camouflage! 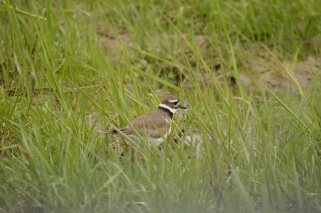 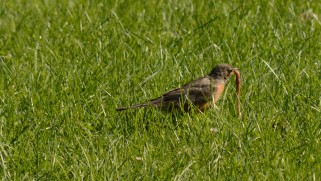 There are a lot of rabbit babies this time of year. And it seems like there’s more pine squirrels and chipmunks, but I never see them as babies. Or maybe they’re born that big and never grow. Poor things. Wait, what am I saying? A chipmunk as big as a dog would be my worst nightmare! Then again, they could chew some big holes into the house if I let them, (and frankly what choice would I have if they’re as big as me?) then I could sneak into the house through their hole, and I wouldn’t need to wait for a person to open the door when it’s rainy and windy! 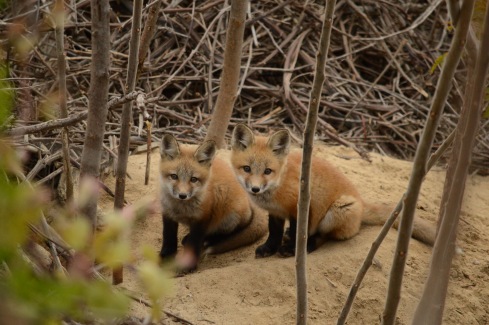 Study In Black And White

Birds I get. The animals I get. What I don’t get is the trees. They’re doing crazy mating things, too. Turning all kinds of colors, like turkeys do to lure mates. And some even have little furry kittens growing right on their branches. But I never see the baby trees running around. In fact, I never see trees moving, now that I think of it. How did they get everywhere? Maybe they only move at night?

On our hike I smelled something as we passed Mr. Nishan’s tool shed. Something made a nest under there. A weasel or a skunk, I bet. Or a dragon. I was told there’s a dragon in the cellar, maybe that’s why I’m not supposed to go down there. (I didn’t see it the time I got in there, and was told it was on vacation at the time and I was lucky to escape with my life!) Well, skunk or dragon, I wanted to have a better look, but couldn’t fit under the shed, so I had to dig my way in. I tried at one point to chew through the wood siding or move the shed with my teeth. Even my person tried, but said it was too heavy to pick up. I finally got under there, but then it was too dark to see anything. It smelled good though, and given another few hours I could have dug out the whole underside of the shed. I got called out, finally, and we had to go in, but I’ll work on it more next time. 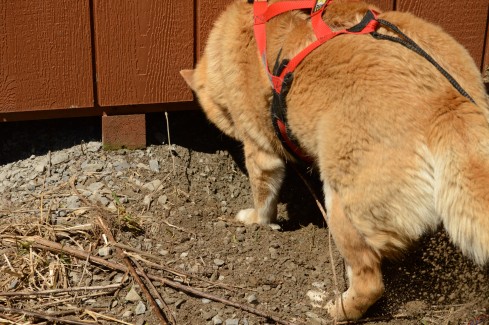 Maybe I can chew it

Maybe I can squeeze in 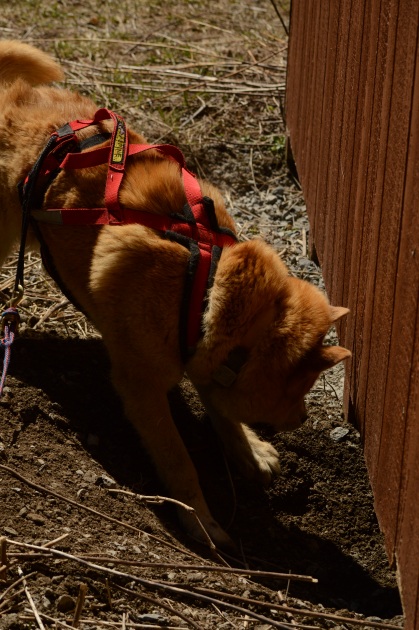 Now, how to get out…

A couple weeks ago we had five inches of snow on the trees with little leaf buds. It broke a lot of them, and we have now three places on the trails blocked by downed trees. I’m glad the trees are making more now. The world would look terrible without trees, wouldn’t it?