I forgot all about it last week, until my person came home with a larger-than-usual bag of snacks and goodies. Then he said “Happy Birthday! You’re ten years old!” (It was the day they call “the third”, though it seems like there have been a lot more than three days in the last few years)

I’m not really sure what the big deal is. I didn’t do anything special. But I guess my people thought I was special for the day, and that made me very happy. The Jack Link’s beef jerky meant a lot, too.

Is it spring already? 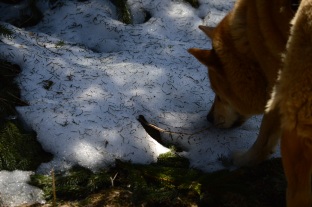 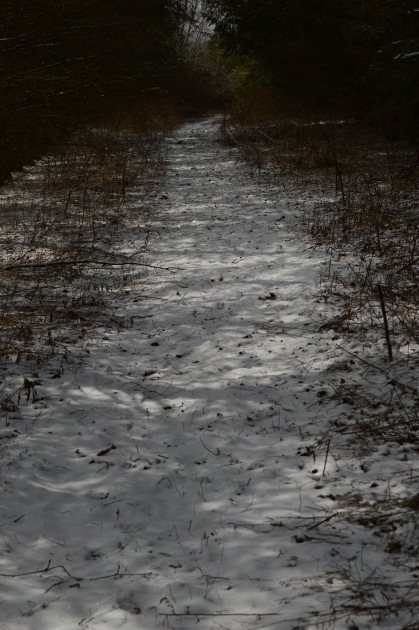 Off To The Wood!

Most of our beloved snow has melted away, and today it’s rainy. Maybe winter is over? Gosh, it seemed really short, or maybe that’s just because I’m getting old. How often do we get birthdays, anyway? Maybe I’ll have another this week, and more jerky.

I’m so glad we had plenty of snowfall, and my person finally got out his snow shoes!

We had a great hike last weekend, around all the trails out back. Snow smells great, and it’s really easy to track things like bunnies and mice. Their scent sticks to the snow, and it’s easier than trying to pick it out of grass. We move slower when my person has snow shoes on. It’s kinda nice to go slower sometimes, though I never think of it. Usually I want to cover as much ground as I can, check out all the trails before it starts to get dark. But when I’m forced to slow down, I notice a lot of things I usually just run past.

I noticed a huge wasp nest in the cherry tree, and I was scared at first and wanted to run. I didn’t see any wasps, and in some places the paper-like stuff of wasp nests had begun to tear. I guess they must have moved out or something, or maybe there’s a lot of frozen wasps in there! I better remember that when spring comes around.

On the trail, my person, slow enough as it is, insisted on stopping and taking photographs. At one point, I could smell the bunnies in the thicket right ahead of me, and I forgot that he said the “Hold up!” command. I took off after the bunny scent and pulled him over on his backside! I didn’t mean to, but afterward I thought it was kinda funny. 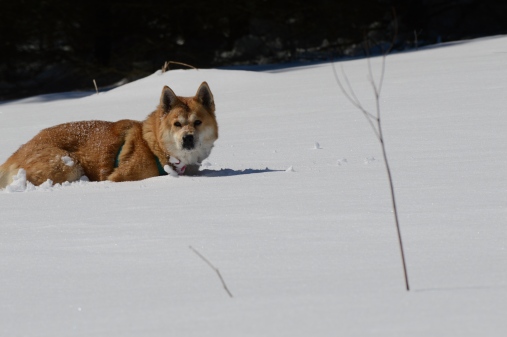 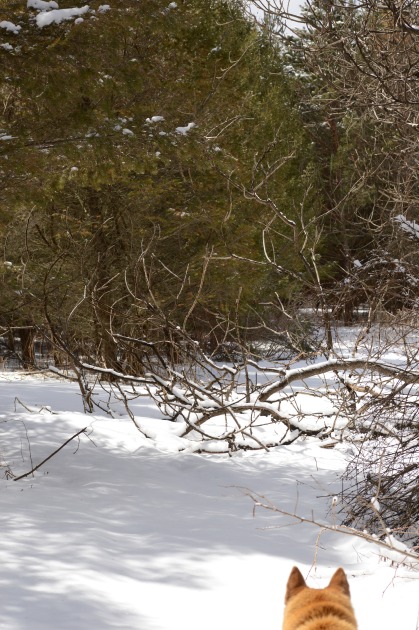 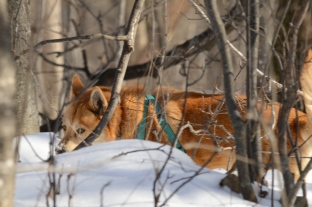 In The Wonder Woods 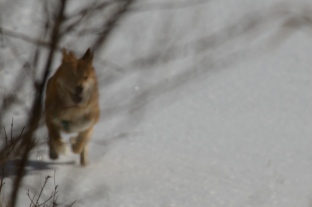 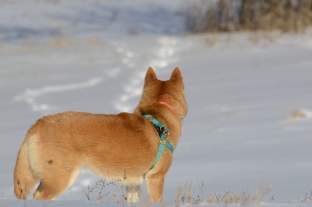 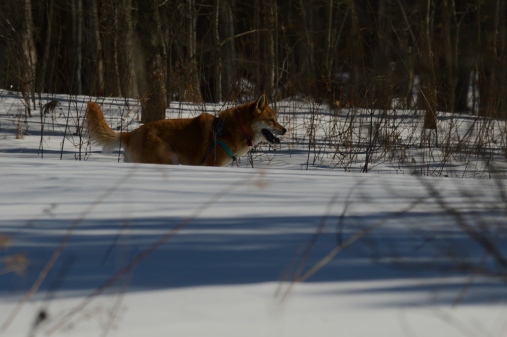 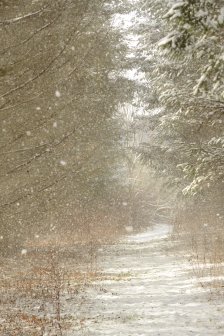 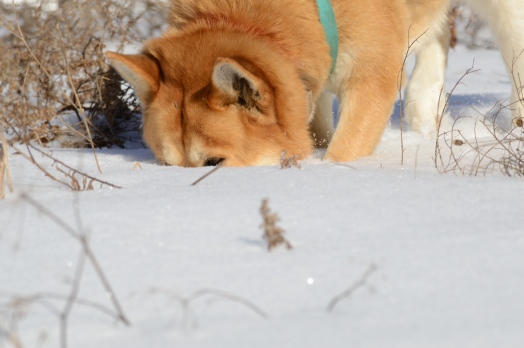 What’s That I Smell?

Great news! I was out in the driveway and smelled something familiar. I dug and dug and guess what I found? It was the bone I thought the snow plow had eaten! It was buried in the snow. I dug down to it, but it was frozen to the ground. Fortunately, my person understood my quandary, and kicked the bone loose! Now I’m ahead of the game, since they put another bone in that sock for Christmas! Don’t tell them, but the “beef tip” snacks were terrible. Maybe Doone The Cat will eat them.