Bright, hot, sunny days, and cool, clear nights tell me the summer is wearing on. There are a lot of clues that tell us it’s the time of year when the weather begins a turn toward autumn. The air smells a little different. Less of water and more of trees. In the cabana, the spider weaves her last web of the year. After a lot of practice, she sure is getting good at it. The web is a beautiful thing when the morning sun strikes it just right, and rainbows appear in the silk.

It’s a bit chilly now in the mornings, and I can see my breath on the air. Dew sets heavy and cold.

The brood of pewees in the mossy nest left before the little wren nested in the new birdhouse. We were excited to see the wrens nest in the yard again. It’s been a couple years since the old wren house came down, and we’ve missed their lively chatter and captivating songs.

They wasted no time raising their charges, and in just a few short weeks their task was complete, and they have already moved on. It was fun to see them, and nice to have life in the cabana after the pewees moved out.

There are other signs of the progression of the seasons. On the trail, plants are heavy with fruit. The blackberries are almost done, after a banner year. A few still adorn the canes, and even a few red raspberries my be seen. Queen Anne’s lace, black-eyed Susans and mature sunflowers are all signs we’re nearing the harvest season. 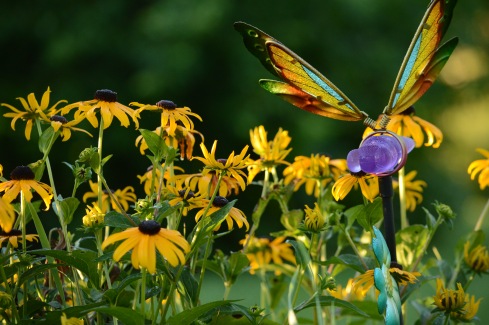 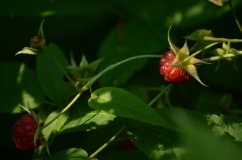 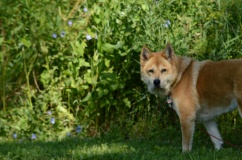 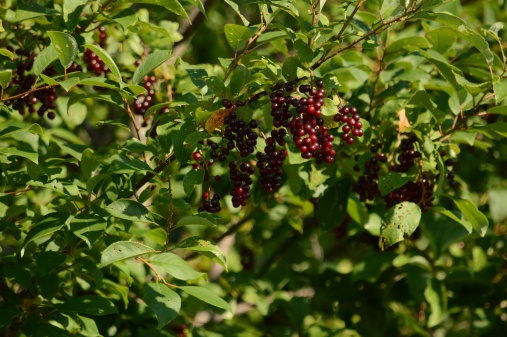 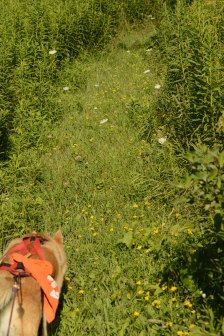 The morning sun is getting later. It rises now as my person is almost ready to leave for that place he calls “work”, where they keep him all day for five days in a row. Boy am I glad when it’s the weekend, and we can hang out, ride in the truck to The Snack Store, and go for a great hike on Sunday morning. I wish every day was Sunday.

Starlings are gathering in huge flocks now, and each evening, as we enjoy the sunset from the side porch, we watch them fly over by the thousands. A mile-long line of fluttering birds. When they fly right overhead, you can hear the whispering rush of their wings against the air.

Soon the world will begin to take on a golden glow. The sun will creep southward a little at each sunrise. Deer will be on the move, preparing this year’s charges for winter. The bear and the gopher, and even the despised squirrels begin readying for the next season.

I like summer, and the nice weather and some rain. I must admit I don’t like the hottest days that much, what with a big fur coat and being from Siberia. The flies annoy me a little, too. Not to worry. These days are harbingers, a promise of the seasons to come. When we can be out without pesky flies, and nothing tries to sneak under the lattice because it’s buried in snow. Yes, things will be back to normal soon.